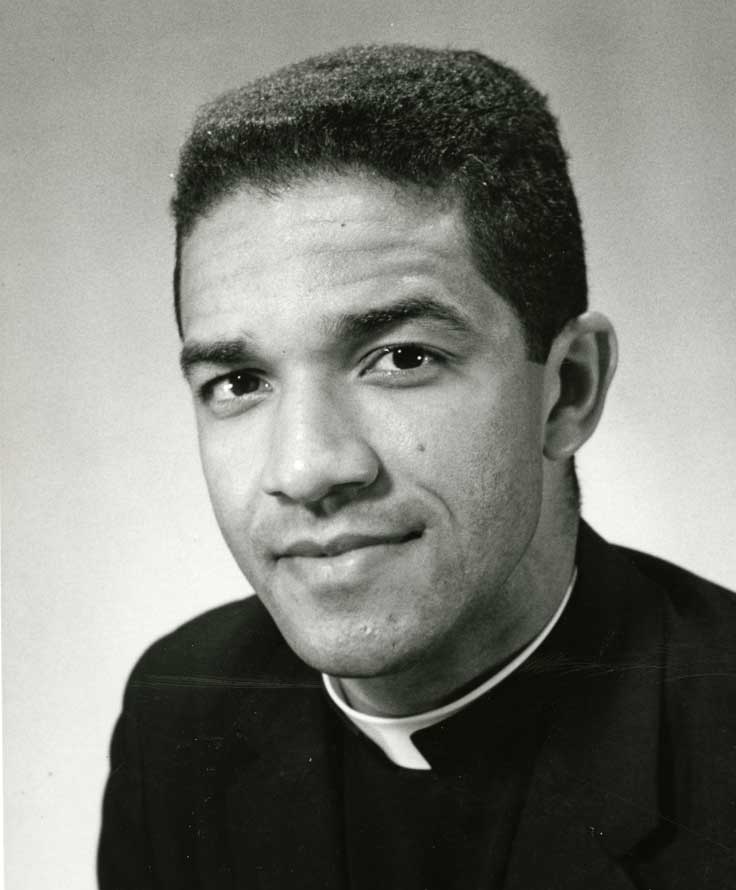 Father Boniface Hardin was born in 1933 and dedicated his life to serving others, especially the disenfranchised. After being ordained a priest at Saint Meinrad Archabbey, Hardin accepted the associate pastor position at Holy Angels Catholic Church in Indianapolis. His arrival in 1965 followed the church’s recent transition from having a predominantly white congregation to a largely black one.

Holy Angels and its surrounding neighborhood faced a number of issues during this time – poverty, segregation, police brutality and the division of the parish with the construction of I-65. Father Hardin founded the Northwest Action Council to address these problems and often used marches and nonviolent protests to demand change. These methods were often praised by local residents but condemned by outsiders.

Certain Catholics felt father Hardin’s actions were inappropriate for a priest. In fact, negative opinion was so strong that the Archbishop of Indianapolis removed Father Hardin from his Holy Angels position. Community outcry and a walkout during the Archbishop’s Easter Sunday Mass, however, quickly resulted in Hardin’s reinstatement.

Father Hardin’s return to his home church was brief. Partially inspired by his participation in the National Black Catholic Clergy Caucus, an organization formed in response to the Black Power movement, Father Hardin decided to leave Holy Angels and focus his efforts on advocating for the disenfranchised full-time. Shortly after his departure, he established Martin Center at 35th Street and College Avenue. Opened to all residents, the center offered anti-racism training, educational resources on black history and culture, and screenings for sickle cell disease.

In 1977, Father Hardin created Martin Center College to help nontraditional students – low-income, minorities and adult learners – obtain degrees. By 1990, the school had a new location in the Martindale-Brightwood neighborhood and was accredited as Martin University. Today, the school remains in operation and continues to work toward Father Hardin’s mission of improving the lives of the underserved. He died in 2012.

The newly processed Father Boniface Hardin Collection contains documents, photographs and videos that cover his roles as a priest, social activist, educator and university president. Researchers have access to materials about St. Meinrad, Holy Angels, the National Black Catholic Clergy Caucus, Martin Center and Martin University. This collection also includes father Hardin’s personal writings and speeches as well as several awards he received for his work in the community.