The Lost Barrio of Indianapolis First, the Latino community is not necessarily a “new Hoosier community” in the State of Indiana. Per the U.S. Census, Latinos have been calling Indiana home as early as the late 1800s but did not have a real solid community presence until the late 1910s.

I am third or fourth generation Mexican-American, depending on who you talk to in my family. I grew up in Northwest Indiana (“The Region”) in the shadow of the steel mills that would employ and sustain my family for four generations. This specific Latino narrative is not at all uncommon for some folks with long standing roots in Northwest Indiana. I would always hear stories about the early Latino community of Indiana Harbor and how they always referred to themselves and their neighborhood as La Colonia (The Colony)– never did I hear the term Barrio.

Latinos have been making significant contributions to Hoosier culture and way of life for an extraordinarily long time. In fact one of the oldest Latino-owned and nationally distributed food companies is still located in Northwest Indiana; El Popular. It was establish in 1927 on Deodar Street in Indiana Harbor in the City of East Chicago. It is even older than the other commonly known nationally distributed Latino food brand, Goya.

But back to Indianapolis…

The Latino community in Indianapolis does not go as far back as Northwest Indiana. However, growth of the Latino community in the Circle City was evident in the 1940s and 1950s. A small enclave of Mexicans settled on the east side of downtown Indianapolis. Specific details resurfaced in our collection of 30-year old transcripts of oral histories from some of those early residents. Jesus “ Jesse” Quintana in his interview distinctively calls this area of downtown El Barrio. He and others recall folks living near the intersection of Pine and Market Streets. Noted individuals and families that lived in this area were Noe Morales, Doña Francisca Mendez, Jose Riojas, Ernesto Cervantes, Paulina Zamora, Manuel and Adel Segovia.

Like other immigrant and non-immigrant groups, work brought folks to the city of Indianapolis. What brought Jesus “Jesse” Quintana and Feliciano “Felix” Espinosa to Indianapolis was the railroad industry, specifically the Pennsylvania Railroad. As the community grew so did their needs, and by the late 1950s there was the Indianapolis Mexicano Club. By the mid-1960s, one of city’s earliest, if not the first, Mexican grocery store, El Nopal Market, operated in this neighborhood at 810 E. North Street. It was owned and operated by Feliciano “Felix” and Maria Espinoza. The family lived in the house with the storefront and was located on their first floor. El Nopal’s reach extended past its eastside storefront. The Espinoza family would travel to surrounding farmland to sell music records, produce, tortillas and other goods to farmworkers in area agricultural camps. After the Espinoza family left their home and the grocery store closed at this location, it briefly moved into the City Market in 1969 or 1970. Around the same time of the closure of this storefront, just blocks away from the barrio at 617 E. North Street, the Hispano-American Multi-Service Center (also known as, The Hispanic Center or El Centro) opened to serve this growing community.

Feliciano Espinoza and Tulio Guldner founded the Hispano-American Multi-Service Center. Today that building is now known as Historic Saint Joseph Hall, an event and rental location next to St. Joseph’s Brewery. The Hispano-American Center was later consolidated with other Latino organizations to form what is now known as La Plaza in the early 2000s. This center served the varying needs of the growing Latino community and served as a place for folks to connect with the Latino community, such as Indianapolis Mayor Richard Lugar (later Senator Lugar). The Center was place for community dances and even the quiceañera of one of Feliciano’s daughters. As the community grew so did the center and its offering of services. Feliciano and Tulio later became staples of the local Indianapolis community and even hosted a local Spanish language radio show called La Voz Latina on WIAN, which later changed ownership and is now known as WFYI.

With this continual growth and success of this community, why did this east side barrio disappear? In the mid to late 1960s the City of Indianapolis as well other American urban areas saw an infrastructure boom with highways and interstates. The State of Indiana began to buy up homes in this area and the families who were attracted to this barrio dispersed to other areas of town. The Espinoza family was one of the last holdouts, watching their neighborhood and community disappear in piecemeal. And thus this little eastside barrio was lost. Exactly where was this located? When getting off I-65S at exit 112B for New York Street, Michigan Street, is roughly the area where the community existed. Although this eastside Indianapolis barrio is gone, the Latino community continues to thrive and grow in the City of Indianapolis and surrounding metro areas.

If your family lived in this area, we’d love to hear from you. 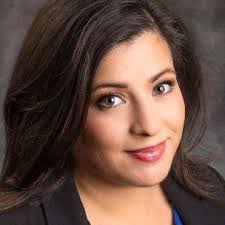