Rhoda Coffin and the Darker Side of Prison Reform In the Education and Community Engagement department, we are often faced with the challenge of telling “uncomfortable” histories. We must look at what we know from all sides. History is dynamic. The more we study, the more we learn, and the more it changes. We must consider the point of view and bias that comes along with our own research and remember that we are responsible for telling the whole story.   This was the case as I researched the life and achievements of Rhoda Coffin for our March 21 program, Women Behaving Badly.

What happens when history isn’t all it seems to be? Planning a program that focuses on the less known but no less amazing women in Indiana’s history was supposed to be a way to honor women, right? Women Behaving Badly highlights four to five notable Hoosier women, and I was responsible for developing the scenes in which our actors portray a portion of these women’s lives. After making my final selection, I was ready to honor “my ladies,” but the best-laid plans are not always the way reality works out.

Traditionally, Coffin’s story is described as a benevolent prison reformer who improved the conditions of women in Indiana prisons. She and Sarah J. Smith, Quaker and prison reformer, are credited with the standard of prison reform in the United States when they developed the Indiana Reformatory Institute in 1869. By 1873, they had established the first all-female board and Smith served as the first superintendent of the prison.

Their goals focused on reintegrating “fallen women”  into society so they could “occupy the position assigned to them by God.” Not always criminals, “fallen women” were usually women who were outcasts for any number of reasons. Coffin and Smith saw their work as creating better conditions for imprisoned women, rescuing them from the sexual abuses that occurred in the state’s co-ed prisons. But this is not the whole story. 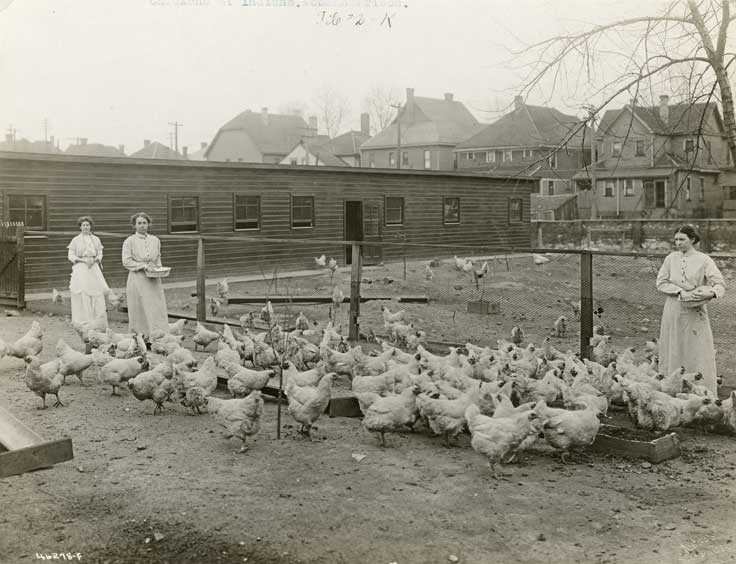 Coffin served as the president of the board from 1873 until 1881 and was not part of the day-to-day management of the prison, but she would have been aware of the goings on. Management was left to Smith, and medical care was provided by Dr. Theophilus Parvin, both of whom were under investigation in 1881 for their actions inside the prison. Smith was accused of harassing, embarrassing and physically abusing inmates who did not follow rules. The abuse was said to have gone as far as putting inmates in solitary confinement for small rules infractions or denying them food and medications. She was exonerated from all charges in 1881. Coffin continued to deny the severity of Smith’s actions, explaining that punishment was a necessary part of reforming these women. Dr. Parvin was accused of conducting experiments on his inmate patients. Of course, these allegations were denied and, eventually, he was exonerated as well. Articles he wrote for medical journals often featured experimental case studies that were performed on anonymous patients, who were later assumed to be inmates.

In a previous History Matters blog post, Kate Scott talked about a Magdalene Laundry in Indianapolis and the research that the Indiana Women’s Prison higher education program has been working through to more deeply understand how women’s prisons functioned in Indiana. Before the women’s prison researchers looked into Magdalene Laundries, they were able to uncover a large amount of history about the first years of the Indiana Reformatory for Women and Girls. This research is what broadened what we know about Coffin, Smith and Parvin.

As we planned Women Behaving Badly, we wanted to be intentional about sharing Coffin’s accomplishments, as well as her rocky past. After several discussions, we decided to set our scene in the middle of the 1881 inquiry to allow guests, with the help of an actor portraying a reporter, to ask Coffin about what was going on inside the prison. If we did not include the full history, we would be doing a disservice to our guests as well as the inmates under Coffin’s authority. Talking about all aspects of history, even the more uncomfortable topics, provides a balance to what we know and gives us context to what is happening in society today. As you do your own research, I encourage you to take a look at varying perspectives and try to learn a more well-rounded history.

Kara Chinn is the Public Programs graduate intern currently working towards her Master’s in Public History at IUPUI. Currently, her life revolves around her thesis research on LGBT history in Indianapolis, her two cats – Ted and Puff – and her dream of one day owning 12 dogs.