Feature photo: Portrait of Elizabeth Riddle, from our Highland Vicinity Neighborhood Collection, suffers from many of the common problems with crayon enlargements – the surface is scuffed and scratched in many places and the brittle board has cracked. The portrait was repaired with strips of thin, long-fiber paper adhered with wheat starch paste.

Do you have a picture of one of your ancestors that looks kind of like a photograph but also like a drawing? Maybe it’s an oval-shaped portrait that you just can’t tell if it’s a painting or a print?

You’re most likely looking at a crayon enlargement – also known as crayon portraits or solar enlargements – a very common photographic process found in family collections from the late 19th and early 20th century. 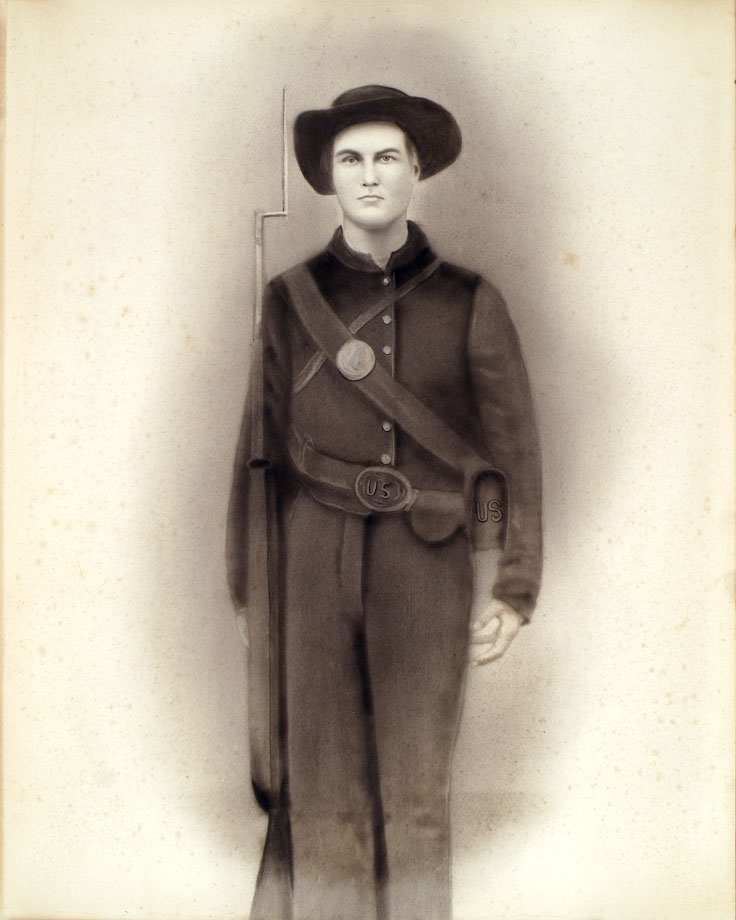 In the earliest days of photography, the only way to produce a large image would be to use a large negative – generally made of glass – that would come into direct contact with the photographic paper. To satisfy customer demands for larger photographs without having to use big cumbersome negatives, solar enlargers were invented to project a small negative onto a larger sheet of paper using sunlight.

Photographic prints created with the enlargement process had a few problems. Flaws in the negatives were amplified, images tended to be out of focus around the edges and they were prone to fading. Because of these issues, nearly all enlargements were retouched with crayons and paints. Even as the technology and resulting prints improved, the colorful retouching had become a desirable trait in enlarged photographs and by the end of the 19th century, these types of prints were not considered finished until they had been hand-colored.

Before they were retouched, solar enlargements were mounted to a secondary support made of canvas, paper or board. Between 1880 and 1930, it was common to mount enlargements to convex boards. The board is often acidic, brittle and prone to cracking. The surfaces of crayon enlargements are easily scratched and sensitive to light exposure. At IHS, we store our crayon enlargements in window mats constructed with a rigid board, filling the void under convex portraits with acid-free tissue paper. This protects the delicate image layer and prevents further cracking. 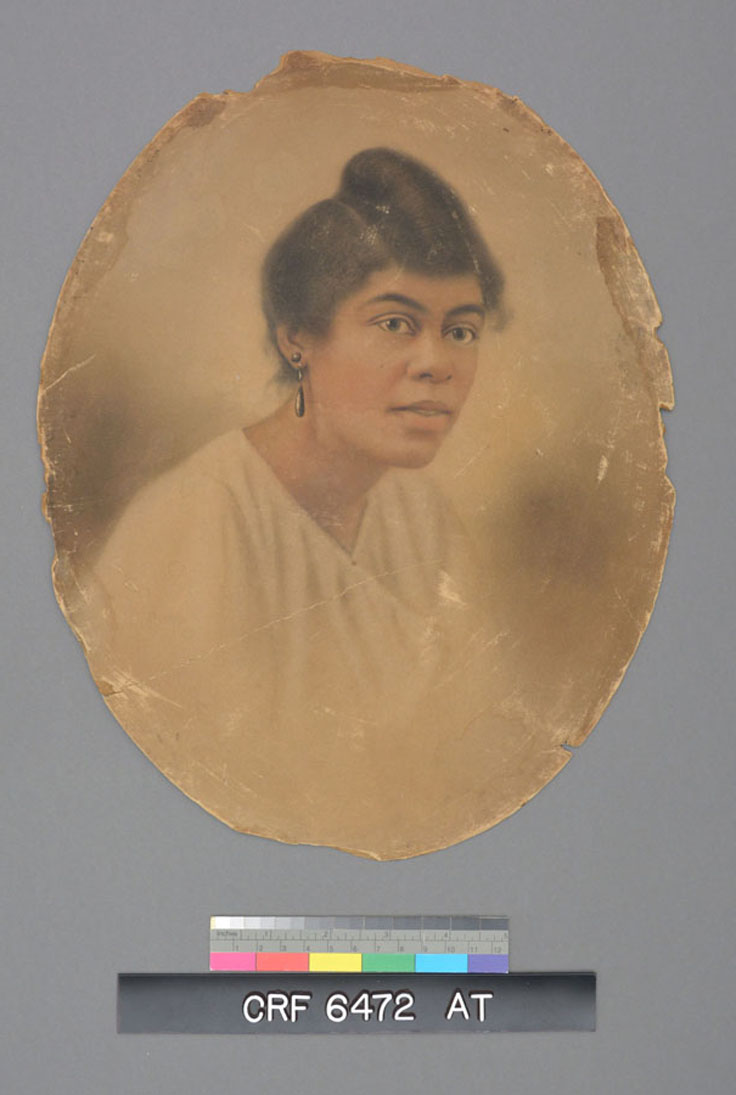 After Treatment – Back. Portrait of Elizabeth Riddle. (Indiana Historical Society)

You can read more about the process of creating these enlargements here:

Stephanie Gowler is the paper conservator at IHS. She's always dreaming about and planning for her next meal, her next quilting project and her next travel adventure.